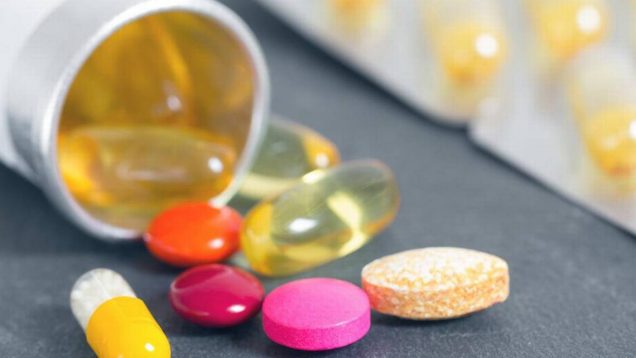 Antibiotic resistance is one of the biggest health problems we face in this century.

The increasing resistance of the population to antibiotics is a problem that has been worrying experts in recent years around the world. Now, a study from the University of Umea (Sweden) adds a new reason to further control the intake of these drugs, because, according to this new research, there is “a clear relationship” between taking antibiotics and an increased risk of developing colon cancer in the next five to ten years.

This has been confirmed by researchers from the Swedish university after a study of 40,000 cases of cancer. Specifically, the impact of antibiotics on the gut microbiome is believed to be behind this increased risk of cancer.

“The results underscore the fact that there are many reasons to be restrictive with antibiotics. Although in many cases antibiotic therapy is necessary and saves lives, in the case of less serious ailments that can be cured anyway, caution must be exercised ”, warns the cancer researcher at the University of Umea, Sophia Harlid. “Above all, caution to prevent bacteria from developing resistance, but, as this study shows, also because antibiotics can increase the risk of future colon cancer,” he adds.

Precisely, the researchers discovered that both women and men who took antibiotics for more than six months had a 17 percent higher risk of developing cancer in the ascending colon, the first part of the colon that food reaches after the intestine thin, than those who did not receive any antibiotics. However, no increased risk of cancer was found in the descending colon. There was also no increased risk of rectal cancer in men taking antibiotics, while women taking antibiotics had a slightly lower incidence of rectal cancer.

The increased risk of colon cancer was visible as early as five to ten years after taking the antibiotics. Although the increased risk was higher for those taking most antibiotics, it was also possible to observe a small but statistically significant increase in cancer risk after a single antibiotic treatment.

Thus, the present study uses data from 40,000 patients from the Swedish Colorectal Cancer Registry for the period 2010-2016. These have been compared with a matched control group of 200,000 cancer-free individuals drawn from the general Swedish population. Data on individuals’ antibiotic use was collected from the Swedish Prescription Drug Register for the period 2005-2016. As the authors recall, this new research broadly confirms the results of an earlier, somewhat smaller British study.

To understand how antibiotics increase risk, the researchers also studied a non-antibiotic bactericidal drug used against UTIs that does not affect the microbiome. There were no differences in the frequency of colon cancer in those who used this drug, suggesting that it is the impact of antibiotics on the microbiome that increases the risk of cancer. Although the study only covers orally administered antibiotics, even intravenous antibiotics can affect the microbiota of the intestinal system.

“There is absolutely no cause for alarm just because you have taken antibiotics. The increased risk is moderate and the effect on the absolute risk for the individual is quite small ”, clarifies Harlid, who recalls the importance of routine colorectal cancer screening. “As in any other screening program, it is important to participate in it to be able to detect any cancer early or even prevent it, since sometimes its precursors can be eliminated”, concludes the main author of the study.

We use cookies on our website to give you the most relevant experience by remembering your preferences and repeat visits. By clicking “Accept”, you consent to the use of ALL the cookies.
Do not sell my personal information.
Cookie SettingsAccept
Manage consent

This website uses cookies to improve your experience while you navigate through the website. Out of these, the cookies that are categorized as necessary are stored on your browser as they are essential for the working of basic functionalities of the website. We also use third-party cookies that help us analyze and understand how you use this website. These cookies will be stored in your browser only with your consent. You also have the option to opt-out of these cookies. But opting out of some of these cookies may affect your browsing experience.
Necessary Always Enabled
Necessary cookies are absolutely essential for the website to function properly. These cookies ensure basic functionalities and security features of the website, anonymously.
Functional
Functional cookies help to perform certain functionalities like sharing the content of the website on social media platforms, collect feedbacks, and other third-party features.
Performance
Performance cookies are used to understand and analyze the key performance indexes of the website which helps in delivering a better user experience for the visitors.
Analytics
Analytical cookies are used to understand how visitors interact with the website. These cookies help provide information on metrics the number of visitors, bounce rate, traffic source, etc.
Advertisement
Advertisement cookies are used to provide visitors with relevant ads and marketing campaigns. These cookies track visitors across websites and collect information to provide customized ads.
Others
Other uncategorized cookies are those that are being analyzed and have not been classified into a category as yet.
SAVE & ACCEPT