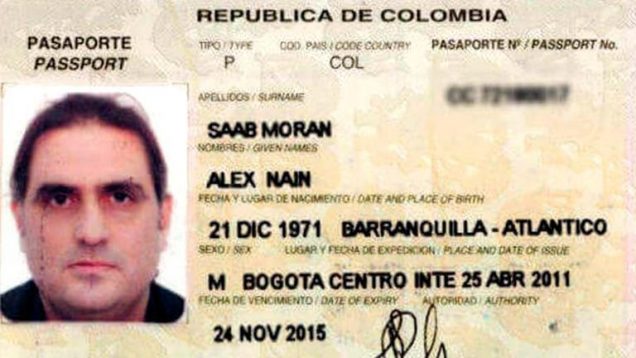 – The president of Venezuela, Nicolás Maduro, defended, at the opening of the session of the United Nations Human Rights Council, the Colombian-Venezuelan Alex Saab, accused of being an alleged figurehead of the president, and assured that the trial he faces in the US “it is riddled with serious vices”.

“His diplomatic immunity, his human rights and his own physical integrity were cruelly and systematically violated. His trial in a US court is riddled with serious vices and aberrant distortions,” Maduro said in his virtual intervention, broadcast in a video through the official channels of his government.

Saab was extradited to the United States last October from Cape Verde, where he was arrested following an international arrest warrant requested by the US Justice. The businessman faces a charge of conspiracy to commit money laundering in a Miami court, for which he pleaded “not guilty” on November 15 before Judge Alicia M. Otazo-Reyes.

Regarding the extradition of Saab, Maduro assured that it was “a kidnapping” that represented “a deliberate and cunning blow” to the development of the dialogue that was held between the Venezuelan Government and the opposition, in Mexico, since August 13, 2021 and that was suspended, by decision of the ruling party, on October 16.

“His second kidnapping and his illegal extraction to the United States was a deliberate and cunning blow to the development and continuity of the dialogue and peace process that was taking place in Mexico,” he said. On another topic, President Maduro referred to the sanctions against Venezuela and assured that the Caribbean country “has been the target of 502 unilateral coercive measures” that have impacted the economy.

“The illegal actions against our people, carried out by the imperialist elite of the United States, the neocolonial elite of the European Union and other States and organizations have violated the human rights of our people and the right to development,” said the president. In this sense, he pointed out to the Bank of England, Novo Banco and Citi Bank to keep “retained” funds that belong to Venezuela. In addition, Maduro took advantage of his intervention to refer to the fight against covid-19 and assured that Venezuela is among the countries with “the best performance in combating the coronavirus.”

“A multilateral effort and real political will are needed to defend human life over pharmaceutical profits,” he asserted. He reiterated that Venezuela reached the goal of 102% of citizens over 18 years of age vaccinated with the “full dose” against covid-19, although in this scenario he did not explain why the percentage exceeds the total of the vaccine by 2%. older population. However, data from the World Health Organization, updated as of February 18, indicates that 14,966,671 Venezuelan citizens have been vaccinated with two doses of the covid-19 vaccine, which is equivalent to 49.8% of people with the complete pattern.

We use cookies on our website to give you the most relevant experience by remembering your preferences and repeat visits. By clicking “Accept”, you consent to the use of ALL the cookies.
Do not sell my personal information.
Cookie SettingsAccept
Manage consent

This website uses cookies to improve your experience while you navigate through the website. Out of these, the cookies that are categorized as necessary are stored on your browser as they are essential for the working of basic functionalities of the website. We also use third-party cookies that help us analyze and understand how you use this website. These cookies will be stored in your browser only with your consent. You also have the option to opt-out of these cookies. But opting out of some of these cookies may affect your browsing experience.
Necessary Always Enabled
Necessary cookies are absolutely essential for the website to function properly. These cookies ensure basic functionalities and security features of the website, anonymously.
Functional
Functional cookies help to perform certain functionalities like sharing the content of the website on social media platforms, collect feedbacks, and other third-party features.
Performance
Performance cookies are used to understand and analyze the key performance indexes of the website which helps in delivering a better user experience for the visitors.
Analytics
Analytical cookies are used to understand how visitors interact with the website. These cookies help provide information on metrics the number of visitors, bounce rate, traffic source, etc.
Advertisement
Advertisement cookies are used to provide visitors with relevant ads and marketing campaigns. These cookies track visitors across websites and collect information to provide customized ads.
Others
Other uncategorized cookies are those that are being analyzed and have not been classified into a category as yet.
SAVE & ACCEPT